NURail Student of the Year Award

The NURail Center designates an “outstanding graduate student” through a program jointly sponsored by the U.S. Department of Transportation and the Council of University Transportation Centers (CUTC).

Eligibility is limited to graduate students within the NURail Center consortium who: are US citizens or permanent residents; engaged in the study of rail transport; and have previously received financial support from NURail. The student awardee is: (i) honored with others from around the country at a special ceremony held in Washington D.C. as part of a TRB Annual Meeting; (ii) receive $1,000, along with the registration, travel and lodging costs to attend the Annual Meeting; (iii) receives two complementary registrations to the CUTC Banquet; and (iv) awarded a certificate from USDOT. See the award Winners below. 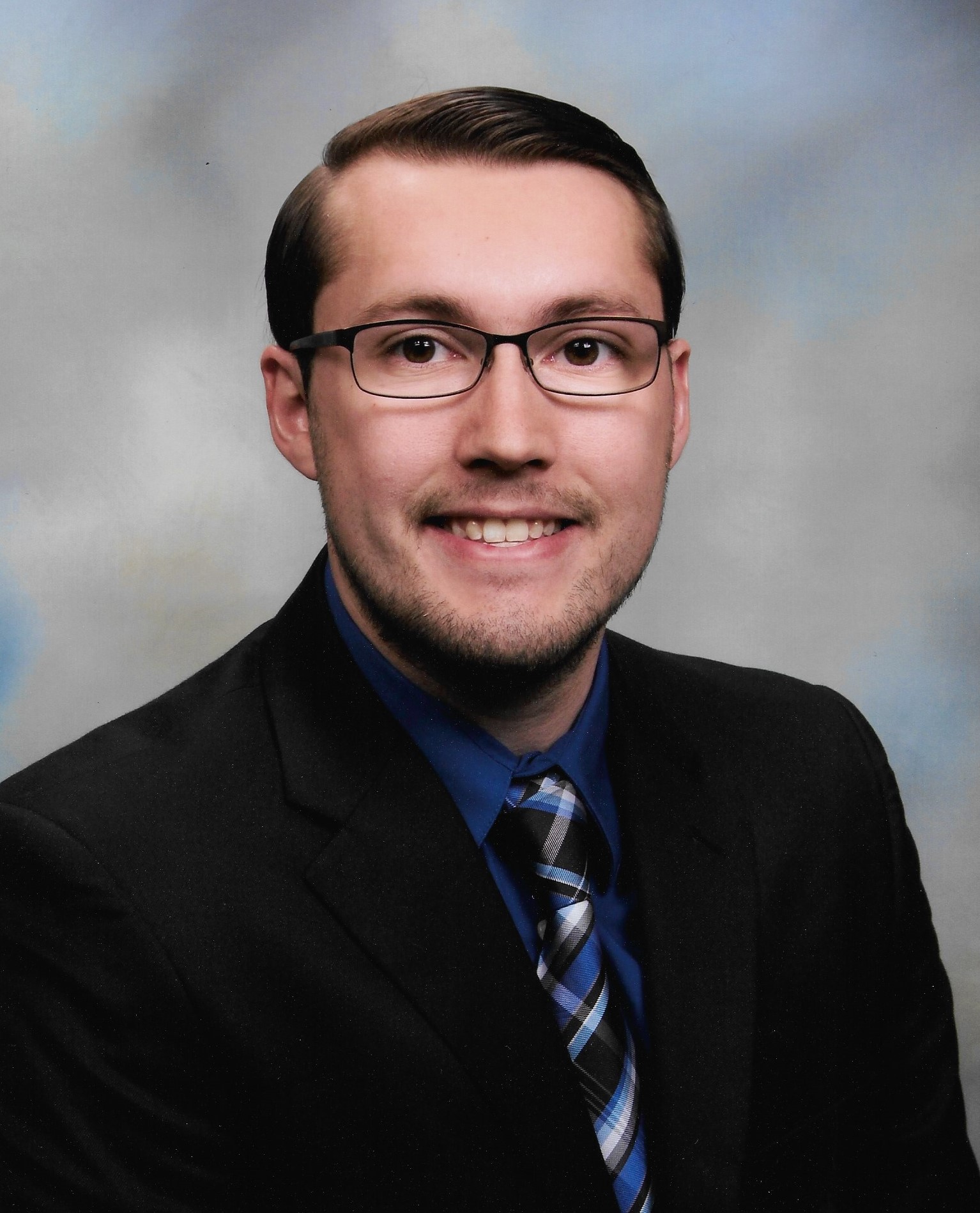 Travis J. Watts, currently a Graduate Research and Teaching Assistant in the Department of Civil Engineering at the University of Kentucky (UK), has been named the 2018 National University Rail (NURail) Center Student of the Year. In his time at UK, Travis has studied Transportation and Geotechnical Engineering, with an emphasis on Railway Engineering. His primary research interest has been mechanistic track design. As the recipient of this award, Travis will receive an honorarium from NURail in recognition of his outstanding technical research, record of publications and presentation, academic performance, and professional leadership plus the cost of attendance to the 98th TRB Annual Meeting, two free registrations to the CUTC Banquet, and a certificate from US DOT.

During the 2017-2018 academic year, Travis was named “Most Outstanding Graduate Civil Engineering Student” and received 2nd place in the Graduate Student Poster Competition during the 2018 AREMA Annual Meeting. He also co-authored one Transportation Research Record Paper, one 2018 TRB Conference proceeding, one Joint Rail Conference (JRC) proceeding, one 2019 TRB Conference Proceeding, and three NURail Reports.  Travis was an intern with Norfolk Southern Corporation in Maintenance of Way and Structures.

Two students were selected as the 2016 NURail Student of the Year. Samantha Chadwick, a University of Illinois at Urbana-Champaign (UIUC) PhD student, received this award for Grant DTRT12-G-UTC18, and Steven Landry, a Michigan Technological University (Michigan Tech) PhD student, was the winner under Grant DTRT13-G-UTC52. As the recipients of this award, Sam and Steve received an honorarium from NURail in recognition of their outstanding technical research, record of publications and presentation, academic performance, and professional leadership plus the cost of attendance to the 96th TRB Annual Meeting, two free registrations to the CUTC Banquet, and a certificate from US DOT.

Samantha Chadwick is a graduate research assistant with the Rail Transportation and Engineering Center (RailTEC) at UIUC. Her research is focused on improving safety at highway‐rail grade crossings by minimizing the risk of train derailments. She earned her B.S. (2010) and M.S. (2014) in Civil Engineering from UIUC. Sam interned for HNTB Corporation in 2010, designing light, commuter and high‐speed rail systems and was President of the UIUC AREMA Student Chapter in 2011. In 2013, Sam was named a Henry Luce Scholar, enabling her to spend a year in Taipei interning at Taiwan High Speed Rail Corporation and studying Mandarin Chinese. Sam has published 4 papers and many more conference presentations.

Sam summarizes her PhD topic this way: “Highway‐rail grade crossing collisions have the potential to cause casualties, property damage, or the release of hazardous materials, especially if the collision results in a derailment. Since resources for highway‐rail grade crossing improvements are limited, it is desirable to identify which crossings pose the greatest risk to the public in order to increase safety at the most critical locations. My goal is to quantify the risk that highway rail grade crossings pose to trains in terms of derailment likelihood, and provide a tool to identify the highest‐risk crossings, to maximize the safety benefit of grade crossing upgrades.”

Sam was nominated by her advisor, Chris Barkan, Professor and Executive Director of RailTEC, who stated: “Ms. Chadwick's dissertation research is addressing an important aspect of railway safety and risk analysis that has not previously been considered. There has been extensive prior research on railroad‐highway grade crossing safety as it affects motor vehicles (but) there has been almost no study of the effects of grade crossings as a potential cause of railroad train derailments. Her research has provided new understanding of the principal factors affecting the probability that a grade crossing incident will lead to a derailment.”

Steven Landry, a PhD student in the Applied Cognitive Science and Human Factors program at Michigan Tech, was NURail’s second winner. His research interests include in-vehicle information system design, driver safety, and multimodal interaction. He is the president of the Humane Interface Design Enterprise, which is a student-run organization that focuses on the usability and user experience aspects of mobile app and website development. Through Steve's career he has published 11 papers and given even more presentations while still maintaining a 4.0 GPA.

His thesis presents a series of experiments designing and testing an IVAA (in-vehicle auditory alert) system for at grade railroad (RR) crossings. A statistical model was made describing the relationship between the analyzed acoustic parameters of the alerts and the psychological ratings collected from participants. This model guided the auditory design of the IVAA system tested in a follow up study. Results showed that the prototype IVAA for RR crossings increased safe and compliant driving behaviors of participants in a medium fidelity driving simulator.

Steve was nominated by his advisor, Myounghoon Jeon, Associate Professor and Director, Center of Human-Centered Computing at Michigan Teh. Professor Jeon stated, “Steven’s research focuses on finding new ways to use technology to solve real world problems. His mission is to advance and promote human and technology interaction to ultimately save valuable resources (e.g., time and money). Steven’s recent research in in-vehicle auditory alerts could help reduce the number of train-vehicle collisions in a cost effective manner by using GPS tracking of mobile devices to provide auditory alerts for RR crossings to drivers. Using this new technological approach would allow for all crossings in the US to be upgraded without the need for costly hardware installments at each crossing location.” 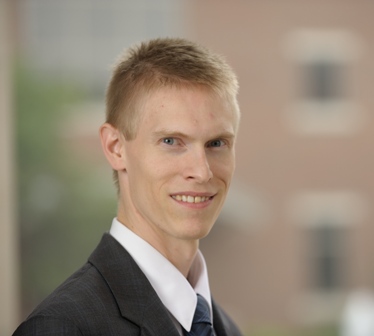 The NURail Center 2015 Student of the Year is University of Illinois at Urbana-Champaign (UIUC) student Alexander Lovett. Alexander is a graduate research assistant in the Rail Transportation and Engineering Center (RailTEC). He completed his bachelor’s degree in civil engineering at BYU with a minor in business management. He has been active in research with RailTEC since starting his MS program in Fall 2011 and has been supported by NURail since 2012. Alexander completed his MS degree from UIUC in 2013 and has gone on to the joint PhD-MBA program in civil engineering and business administration.

Alexander was nominated by RailTEC Senior Research Engineer and Director of Education, Tyler Dick, who stated, "In my role as Faculty Advisor to the AREMA student chapter, I have seen Alexander effectively manage the student chapter finances and participate in a mature, professional manner. To compliment his impressive academic credentials, Alexander has extensive practical knowledge and professional experience. This experience has been gained through a combination of student overseas service trips, a Teaching Assistant position for a surveying class at BYU, and two summer internships performing surveying field and office work with a consulting firm. He also had a summer internship with Amtrak in their track maintenance planning group during summer 2013."

Alexander’s research on better planning and scheduling railway track maintenance addresses a key concern as higher-speed passenger trains operate more frequently on the same track infrastructure as heavy-axe-load freight trains. He has published seven conference papers, three journal articles and presented at five conferences. Alexander is an Eagle Scout and has remained active with the Boy Scouts of America. For the past two years he has organized a merit badge clinic at UIUC where Boy Scouts can earn their Railroading merit badge. Alexander was honored at the CUTC Awards Banquet in Washington, DC in January 2016. When he isn’t working Alexander enjoys spending time with his wife and two kids.

University of Illinois at Chicago (UIC) student James O’Shea is the 2014 NURail Center Student of the Year. James is currently pursuing his Ph.D. in Mechanical Engineering. His research activities focus on railroad vehicle stability and the analysis of vehicle derailment criteria.

This area of research is becoming increasingly significant with the development of high speed rail and James hopes to investigate the consequences of using inadequate derailment criteria in order to promote safety in the rail community.

He was nominated by Dr. Ahmed Shabana, Richard and Load Hill Professor of Engineering at UIC. Dr. Shabana stated, “James remains accountable for his work, continuing to follow up on questions asked by colleagues about his work that was written almost a year before. James often has the opportunity to interact with industry personnel or academic colleagues from other universities, during which he displays a neat appearance and polite demeanor. James’s ability to perform his work efficiently and thoroughly only further demonstrates his level of professionalism.”

James' leadership is demonstrated by his involvement in the NURail Student Leadership Council (SLC), for which he attended both the SLC Kickoff Meeting and the SLC meeting held at the 2013 NURail Annual Meeting at UIUC. When the time came to begin selecting representatives from the participating universities, James quickly expressed interest and was therefore nominated for the position. He has published one journal article (three more are in review or preparation) and two conference papers, given three conference presentations, and served as a reviewer of technical papers submitted to ASME conferences as well as IMechE and ASME transactions. As a mentor to two visiting international students, James collaborated with them on papers in the field of railroad vehicle stability.

As the recipient of this award, James received an honorarium from NURail in recognition of his outstanding technical research, record of publications and presentation, academic performance, and professional leadership plus the cost of attendance to the 94th TRB Annual Meeting, two free registrations to the CUTC Banquet, and a certificate from US DOT.

Martin B. Hamper, a PhD student in the Dynamic Simulation Laboratory at the University of Illinois at Chicago, was the 2013 NURail Student of the Year. Martin’s research is primarily focused in the area of multibody contact problems with applications to vehicle/track interaction in railroad vehicle dynamic simulations. He has worked on two main projects in this area. In the first, a method in which rail flexibility may be modeled without the use of a finite element program was developed.

The second project is focused on the development of a representation for rails with variable cross-sectional geometry, such as switch points and frogs. The goal of this project is to allow for simple and accurate development of contact surface models for vehicle/track simulations based on input from either virtual prototyping or measured data sources.

Professor Ahmed Shabana, University of Illinois at Chicago, stated: “Martin has received exemplary marks in each course taken as a graduate student. Throughout his studies he has demonstrated excellent abilities in programming, analytical, and writing assignments. Martin has demonstrated excellent qualities through his teaching assistantship for the Mechanisms and Dynamics of Machinery course by tutoring the students who voluntarily attend his office hours, frequently exceeding the allotted time in order to ensure that the students gain adequate understanding of the course materials.”

Martin has published 3 peer-reviewed journal articles and 4 conference papers, is a member of the ASME student chapter and the Pi Tau Sigma mechanical engineering honor society, and a reviewer for the Proceedings of the Institution of Mechanical Engineers. He received a $1,000.00 honorarium plus the cost of attendance to the 93rd TRB Annual Meeting, two free registrations to the CUTC Banquet, and a certificate from US DOT. Martin will defend his thesis in May 2014 and will graduate in August 2014. He has a job at Toyota Technical Center in Ann Arbor, MI as a CAE engineer.